Responsive web design has been around for a good while now, and as nice as media queries are - sometimes you might be on a device that is more than capable of surfing a full website, or perhaps you even prefer to pinch and zoom on a minuscule screen because that's just the way you roll?

Hey it's the web right? - users can choose, we're cool with that.

Umbraco: the Neve of the CMS world?

As demonstrated beautifully by Dan Okkels Brendstrup, front-enders hold dear the HTML that they write. By design with Umbraco you start from the ground up, so rather than trying to shoehorn your HTML & CSS into an awkward templating system, it works with your way of working from the very start. While this post mostly may not be the most Umbraco specific of the bunch, it's the sheer fact that if you can imagine it, most likely you can do it with Umbraco.

For simplicity lets say we have our media queries in a separate style sheet, which will be included in our all singing, all dancing version but excluded for our media query opt-out version.
We want to include these styles on a page based on whether the user is happy to receive a media-query based layout or not and set a cookie to remember what their preference is.
Without getting all grown up and creating a macro, lets just include it right within our masterpage where we would usually be including our styles.

Tip: The same could be done with XSLT. I haven't given myself to the dark side just yet.

Now lets make a separate switch link (which could appear anywhere with our HTML source flow) that the user can click,
perhaps they know the full desktop site very well and want to see it how they would normally.

The final piece of the puzzle. I'm using jQuery & the cookie plug-in here for convenience.
Smarter Umbracians that me would probably also have a non-JavaScript fallback - perhaps by just throwing an &altTemplate=noMediaQueries string into the URL and then adjusting the alternate master template accordingly.

And there you have it - See the example here

Some web designers may be loathed to see all their hard work creating a responsive design undone, but the way I see it most users are going to be either appreciative or completely oblivious that they're being served a responsive design, and this is just one way of helping out users who know exactly what they want and dont want to be spoon fed, or feel like they're being hand-held just because they're on a certain screen-width or device. The particularly cranky or ultra savvy users may even be circumnavigating your design altogether with services like Instapaper and Readability anyway. So ease up! Design still matters.

Wishing you a very Kentucky Fried Christmas from Japan 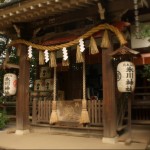