Is it honesty? Bravery? Intelligence? Assertiveness? Trick question; it’s all of these things and more.

As four experienced developers working within open source for many years, we were familiar with the joys and anxiety of putting forward quantitative contributions such as code and documentation, but we were also aware that there were a thousand other ways to contribute to the vibrant maelstrom that is the Umbraco community. As 2019 faded into the yet-to-be-shaped 2020, we felt the time was right to share our experiences; not just with code, but with being active voices in a dynamic community, being open when sometimes the odds were stacked against us, and forming the bonds that allowed us to flourish in an industry that is not known for embracing those that dare to offer more than a technical opinion.

Read on to find out how 2020 looked from the other side of the Candid Contributions podcast microphone!

It’s easy to say that our first year has exceeded our expectations as, quite simply, we didn’t have any. We never planned to start a podcast. It came about because the four of us felt we had something to say, a perspective and set of experiences that our younger selves would have loved to hear, so in early January we submitted a joint proposal to Codegarden. We were inspired by writing the CFP and didn’t want to wait months to hear back, so thought we’d give podcasting a go in the interim. Within a week we had recorded and released our pilot episode (aka ‘“The One With The Really Bad Audio”). We received positive feedback and helpful suggestions, so carried on...

And here we are in December, 24 episodes and four new microphones later. We’ve discussed the things we expected to: attending conferences and meetups, giving talks, how hard it can be putting you and your code out there... but also topics we would have never predicted. In our ‘Now’ episode we put OSS to one side and discussed the Black Lives Matter movement; it would have been disingenuous to record as if life hadn’t changed.

We’ve had 15 guests on the show, and recorded an episode live with a Zoom audience. We expected to see each other at various conferences and hackathons throughout the year but as that wasn’t going to happen, we organised three two-day Umbraco community virtual events instead. We’ve accompanied people on runs, doing gardening, on trips to the dump and whilst cycling (although we don’t sanction the safety of that). No wonder we’re feeling a bit tired!

One of the side-effects of creating something so speedily is that we hadn’t exactly considered that we’d be engaging with people. Listeners. We put our work out into the world for others to engage with and, with that, came the feedback. Working in open-source, you get used to feedback. We work in public often and we are well versed in the art of taking criticism on the chin. A new avenue brings new opportunities for perfecting that art. We have received a lot of feedback since we got started.

The feedback has taken many forms. There has been “Yes, I recognise X!” in spades. We’ve had “I’d like to add to what you said there”, which has been so welcomed by the gang; we are four heads but we love to have more input from listeners and we have learned so much from them as we go along. There were times when we worried that there would be a lot of negative feedback and certainly in the early days, we were far more restrained in our discussions lest we upset people who were listening. We learned quickly though that the negative feedback comes from the places you might least expect and that it’s a blessing when it does because it helps us to grow. It’s easy to forget that in publishing an episode, you are entering into a discussion. Sometimes that discussion can feel one-way but it isn’t. Every listener engages in a different way - has their own reaction to the content. When that reaction is shared with us, it really is a privilege, regardless of whether it’s what we wanted to hear or not.

In reality, the most raw topics, the ones we might not have tackled if we had been overly afraid of negative feedback, have been the most well-received. As we’ve gone along, it has been all of these factors that have disarmed us and we’ve felt freer to speak our minds, leaving very little out of our discussions. We really have grown into our title as now we are unafraid to speak so candidly.

What we knew about podcasting when we started down this path could probably fit into a Christmas card. We had listened to podcasts. We knew what we liked. Sound quality was a factor too but it didn’t feature too highly on the list of priorities. This approach might explain the quality of the sound in our ep 1 and the number of disclaimers we tried to include in the title and show notes - yet it remains our most listened-to episode. Awks!

The very reason it’s out there though is that we knew that if we had to wait for it to be just right, we’d never launch. One person’s perfectionism is hard enough to manage, but for four of us… well. You can imagine. So we decided that we’d learn on the job, as it were. We tried out recording software, beginning with the old-faithful: Zoom. We learned that there were options to record locally. Lotte, our de-facto producer, investigated further and found that it’s better to record on USB-connected mics than Aux or bluetooth. We read blog posts from great podcasters we knew, such as Scott Hanselman, and took tips on board. Not all the tips, mind. We’d have loved to cover our rooms in egg-cartons to improve the acoustics but that wasn't really going to happen. We improved quickly and we did so without ploughing in too much time or money. That was never a part of the deal.

The editing was another avenue we had to pick up. Emma had a resource she could call upon, her partner Jonny was pretty well-versed in video editing and took her through the basics on Final Cut Pro. Over time, though, Audacity began to feel like a better fit; it’s open source, after all! Once we became confident with the editing, the tone of the recordings began to change. In the early episodes we were doing our best to avoid any fancy-edits at all so segues needed to be factored in and the recordings had a very ‘live’ feel to them. Later on we are more relaxed, knowing that any oops moments could be easily cut out. They do often make it into the outtakes though so we’re never totally safe.

It’s safe to say that running events was not something that we set out to do, we expected to be too busy attending and talking at them… The first one we organised was born out of us needing to have something to look forward to over Easter in lockdown. How hard could it be to organise a virtual hackathon? Well it turns out there is more to it than just starting a Zoom call. You could say it’s a bit like preparing Christmas dinner - the individual elements aren’t particularly complicated, but it’s a lot to coordinate and implement if you want your guests to have the best time possible. And that’s something that we really cared about: making a space as welcoming and safe as possible for everyone regardless of their Umbraco experience.

The second event, CodePatch, morphed into a mini-festival to try and fill some of the void left by Codegarden after it became apparent that nobody else was making plans. Arguably, we set our sights a bit too high for that one. You can read The CodePatch Diaries to understand why. Don’t get us wrong, we’re glad we pulled it off in the end, but wow. It took a lot whilst we were all needing to keep the day job.

For the third one, the “Umbrackathon” in October, we pared it back to more of a regular virtual hackathon. Even a ‘simple’ hackathon requires significant promotion if you want people you don’t already know to give up their time to attend. Carole’s a marvel at the social media side of things, thank goodness, as the rest of us have a habit of drafting tweets but never sending them! And thanks to Laura’s creative talents the events had some fabulous branding; we sent carrots into space and planted mushrooms in a virtual field!

Looking back at these events, it’s the new faces that we’ve welcomed into the community that we’re most proud of. We’ve had people joining in the middle of their night to attend a ‘getting started’ session. We’ve celebrated with those doing their first pull requests, and even just encouraged folk to keep persevering with getting the source code to build (no offence, Umbraco). And we’ve enjoyed every minute.

It goes without saying that in these trying times, friendship has been a boon to our survival. In a climate where physical proximity is in short supply and in many cases, is even legislated against, technology has enabled us to stay close to the people who keep us sane. When we started our podcast we knew that proximity might be a challenge; geographically, we are scattered all over the UK. We hadn’t known on March 5th when we were last together that it would be the last time in 2020 we’d enjoy that luxury.

While 2020 has served us each personal challenges, we’ve had the podcast as one positive anchor that has asked of us that we stay in touch, that we collaborate and, perhaps most importantly, that we talk. Talking is often the very last thing a person might wish to do when they are afraid, when they are tired, when they are drained. We learned in those early weeks that actually, our commitment to the podcast meant that we had a reason to lean on our people in good times and bad. There were so many episodes when the pre-recording chat involved deep, belly-laughs. Laughs that took us by surprise because, believe me, we didn’t meet feeling full of the joys of Spring. Conversely, there were episodes where that levity never really came. We put it into our recordings and we shared that with the world. It wasn’t always easy but it was cathartic for us and, we hope, our listeners got something from our honesty.

We didn’t start the podcast as group therapy but in some ways, it has served that purpose. When we listen back to our episodes in years to come, we’ll be reminded of our courage and fortitude that we found largely through our work with each other.

For us, the Candid Contributions journey 😉 has been a real highlight of 2020. Dare we make some predictions for 2021? Well, with a hearty sprinkling of festive optimism:

We would like to take this opportunity to say a massive thank you to everyone who has encouraged us along the way. It is a credit to this wonderful community that we felt safe enough to give it a go in the first place. Perhaps this candid retrospective will inspire you to face your fears and let that idea out into the world? Just so long as you promise to come on the podcast and tell us all about it!

And finally, as we finish episode… 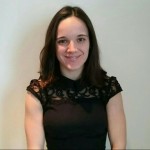 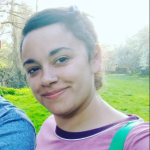 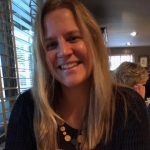