I love to travel and do so as much as I can, and often wonder why we, as a world, aren't more curious about each other's backgrounds, cultures, customs, and daily lives. As I listen to the global news in the morning, I am disheartened by the amount of anger, intolerance, and violence reported, and I wonder why we can't embrace what's different and learn from each other instead of fearing the unknown and acting out in violence.

Despite the fact that studies (and the news) show that the lack of cohesion between races, sexes and cultures is due to distrust, stereotyping, a lack of understanding, and language barriers, diversity is generally viewed as a good thing in today's society. It gives people a chance to experience different things than they are typically accustomed to.

At this point, you're probably wondering what all this has to do with Umbraco, as Umbraco is the point of all these articles on 24 Days. It has to do with the importance of diverse involvement within the community and what we can bring to each other. We at Skrift talked about community quite a bit when we launched with Kyle's initial letter from the editor and Janae's follow up, but with nine issues under our belt now, we are seeing how the statistics are shaping up, and I find that I have more to say on the matter.

Decades of research by economists, social scientists, organizational scientists, demographers, psychologists, etc have shown socially diverse groups are more innovative that homogenous groups - that is, groups with a diversity of race, ethnicity, gender and sexual orientation (such as Scott Page's 2007 publication The Difference: How the Power of Diversity Creates Better Groups, Firms, Schools, and Societies). If you look at the global Umbraco community, we fit into the socially diverse definition (yay!). That being said, research has also shown that social diversity in a group can cause discomfort, rougher interactions, a lack of trust, greater perceived interpersonal conflict, lower communication, less cohesion, more concern about disrespect, and other problems (boo). So what is the upside?

We are passionate about Umbraco and what we do, and that ties us together, giving us a more unusual common ground to build from.

How it affects us

Diversity enhances creativity. Full stop. It's not just wishful thinking; it's supported by the research. Being exposed to diversity can change the way we think and lead to better problem solving by encouraging us to search for novel information and perspectives. If you put two developers with culturally different backgrounds in a room, their perspectives are likely to be as different as a developer and a writer, and that's a good thing.

So what does diversity mean for your bottom line?

More innovative solutions, which leads to better performance, more profitability, and more job satisfaction, not to mention the social benefit of breaking down stereotypes, fostering cultural understanding, creating lifetime friendships, personal happiness, and a chance for a more peaceful world. Who wouldn't want all that?

I don't think anything I've said here is novel or earth shattering, and you've probably seen a thousand like-articles around the web. But I think ultimately we can be apathetic; we're in our comfort zones, and changing up our routine, or putting ourselves out there is hard. Really hard. I know because I make myself do it time and time again. It's like special torture growth opportunity. And while we may not collectively be able to achieve total world peace, by getting involved and connecting with each other we have this unique opportunity to better our own lives and careers, which ultimately impacts and benefits the community - both the Umbraco community and the global community at large.

One of our underlying goals at Skrift is to help foster more diversity in the community. We believe (hence this article) in the value of a diverse community and we want to provide yet one more platform, one more way for people to get involved and participate, sharing their opinions, their findings, their perspectives, and their knowledge with the community at large. With that in mind, we'd like to share some of our stats with you for perspective. (Stat range is April 2015 to 09 December 2015. Click on images for full size and easier reading.)

While we're in our infancy and still growing, these stats represent a wide variety of ethnicities, languages, and backgrounds of our readers (and theoretically Umbraco developers/users, if we can extrapolate from that), and that's so exciting to see. But to take it one step further and maximize the benefits gained from diversity, we would love to have a map just like the one above that represents our authors.

Writing not your thing? No problem, here's a host of ideas for ways to collaborate with each other:

Ways to get involved

That first step can be hard and intimidating, but it's oh so worth it. I took it, will you? 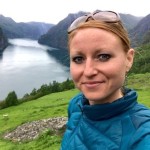 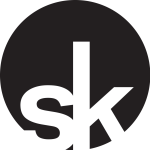