CQRS - (Command Query Responsibility Segregation) - is one of my favorite architectural patterns. Especially in the combination with DDD (Domain Driven Design).

Some time ago, we’ve had an idea to create a sample project using Umbraco with CQRS. We created a sample Umbraco v9 application and focused on the Members domain for the example purposes. Our goal was to apply the Clean Architecture concept onto it and implement the base for the future Clean-Umbraco-CQRS projects. Today I want to share and explain these concepts and code with you all.

Clean Architecture is an architectural style concept that can be defined as a set of guidelines for systems that strictly follows the principle of separation of concerns. The main goal is to create / divide the application into specific, responsible, simple, extensible layers.

The picture shows a layered architecture that puts the domain as an entrance to the designed system - each inner layer does not depend on the outer layer.
This architectural style evolves or has similar concepts such as:

You can read more about it on Uncle Bob's article.
For the application layer and solution itself, there are a few technics to organize its structure. The most common are:

CQS is a design principle that is based on applying the separation of concerns in our applications.
In short, Command Query Separation stand behind idea:

Every method should either be a command that performs an action, or a query that returns data to the caller, but not both.

CQRS is an architectural pattern and is usally applied on the top of the application layer. It's based on CQS principle.
In short, Command Query Responsibility Segregation stands for separating commands as writes and queries as reads in regards to the storage within the application.

You can read more information about CQRS/CQS by visitng the external resources listed in the reference section in the bottom of the article.
Let's focus on more technical solution of CQRS!

Commands are used to modify state. A good example is the command to RegisterMember. It contains all the needed details on processing this command by Command Handler.
Bellow you can see the markup / abstraction for a proper command model. Command doesn't return any value.

Queries are used to read the state of a dedicated domain object. They are not changing state of the systems.
The markup / abstraction for the dedicated query may look like this:
Where TQuery is a strongly typed definition of the query e.g. GetMemberByEmail and TResult is any kind of the result type (it can be a DTO, list of DTOs, etc.).
Query Handler - is used to process the dedicated query. As you can see TQueryis there to let know our Query Dispatcher what exact implementation of Query Handler we need to get (it's mostly for DI to let know about dedicated implementation) and to send a dedicated query object as a strongly type object with TResult return type.
Query Dispatcher - same as Command Handler - is used to get a proper query handler and dispatch it. It can be also a wrapper to wrap exceptions, what is a common use-case of them.
Below code example shows the 'in memory' implementation of the Query Dispatcher:

Aggregate, Value Objects, DTO, POCO are a very large topic and are for the explorers. If you'd want to explore more about them, check out some of the below materials that describes them in more details:

Let's begin with a diagram about our domain example for Member registration and management.
We designed layers and its dependencies there. Like on Onion Architecture concept, the Domain layer does not know anything about any other layers. Application layer knows only about the Domain and Infrastructure knows all about Application and Domain. Shared project is used for abstractions or shared implementation (can be used in modules with same architecture).
Let's focus on two examples for simplicity:

Let's start from the entry point of our Application - Startup.cs:

We are registering the application and infrastructure layers to our DI. Those are extension methods that perform registration inside a proper dependencies.

Note: AddQueries, AddCommands, AddCommandDispatcher, AddQueryDispatcher those are extension methods that are using Scrutor to find implementation based on the abstraction on invoked assembly and automatically register it in the DI.

1. Members registration
In the app, we have a form that is calling the action controller to perform form submit. This surface controller looks like this:
In it, we are mapping the request model to our RegisterMember command object and then perform the execution for this command.
What we are doing in Command Handler is:
Now, there are a few approaches to validate command data:
In the code, we are throwing application layer exception if validation is not met. Clever!
If all is ok, we are simply registering the member.
2. Getting member by email from the API controller
Let's now see how we can perform the query operation. For that let's use a little bit different approach with Web API application.
This is how our API controller looks like:

The route for it is site/api/member/{email} - here instead the {email} placeholder, we'll put a valid email address that will be binded into GetMemberByEmail query object visible below:

After that, we are processing a query via the handler to get a proper query response model:

Note: We could perform the mapping to DTO object, but for simplicity we are returning the Umbraco member definition.

Hope this example shows ideally how simple and effective (in terms of its scalability and maintainability) this architecture style can be. As every other, it has its pros and cons and is not always a good choice to introduce it (for example when we only need to display content - it could be over-engineering and overkill).
By applying CQS/CQRS and Clean Architecture concept, our code gained more readability, layer responsibility and standardized style. It can be seen as more complex to initially understand and introduce to the first project as setting it up imposes an effort on creating abstractions, commands, queries and keeping domain clear.
But from the other perspective, especially for the complex solutions and large teams, it can speed up the delivery process drastically - due to its need for standardization and universal patterns within it. Specific boost is possible to be captured with a combination with Event Storming sessions, where after the domain explorations and transforming it from the events cards and client's needs into software, is possible on a very early stage, even during the workshop and using a human language for it. Implementation then really become a details in the end.
If you have any thoughts, doubts, concerns or maybe some experience with any of the above described patterns, reach out to me on Twitter and let me know what do you think about it, how you are using it, etc.
Cheers! Happy coding :) 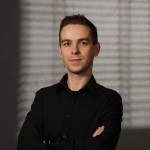