In 2015 I supported a Kickstarter project. The Gnarbox project. To be precisely it was 29th of may 2015.

A few months ago I received an email telling me that the box was shipped.

To be honest, I completely forgot about the device.
But now that it was on it's way I couldn't wait to get my hands on it.

The day arrived and the box came with a parcel delivery truck.

The Gnarbox itself is quite well built.  It's made in hard plastic and a few rubbery parts.

The ports are weather sealed, when closed, and it all feels very rugged.

The longest I've used mine in a stretch is probably 2 hours, and the battery indicator went from 100% to 86%.
So I would say, that's within then expected.

So what was my expectations ?
I expected a device that could handle the job when I was on the road.  So I didn't have to bring a laptop.
And it kinda does.  But then not quite.

Usually my workflow is this:

In Lightroom I edit my shots, all of them. And then I export them.  On the Gnarbox I have to edit 1 shot at a time and then I have to export each shot individually.  Then I can choose whether I want to export to the Gnarbox, or to the camera roll on my iPhone.  This makes the workflow feel a bit slow.

In the list of shots I have a thumbnail that looks like the raw file, not the edited file, and there is no way to see which files have been edited.  So you can get a little lost here. You can only see if a photo has been edited when you're in "edit mode".  And from "edit mode", you can't get to the next or previous shot.

With the latest update I can edit 10 photos, and select them from the list of photos and choose to export these to the Gnarbox or my iPhone, which is cool.  But then the funny thing starts. The 10 shots I've just exported looks like unedited RAW files.  What is the idea of that ?  I chose 10 edited shots and got 10 unedited shots.

And when you export from the list, you get the photos in full size, but if you do it from "Edit mode" they're 4096px in maximum width.  Where is the logic in that ?

Usually I export my shots in 2048 on the longest dimension, to be used on Instagram or Facebook.
Then I do a second export on 1600px for a specific media.  Another media might need a third size, and then for backup I would like a fullsize export of the edited photos.

But the above is practically impossible, without using some kind of resizer app on the phone or tablet.

My conclusion is that they're really close to the end goal, but they're not quite there yet. 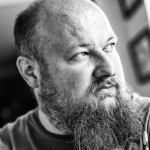